OLD: Tell us a little about yourself. Why and when did you start drumming? When did you get your first kit? etc.

I was born and raised in a small town called Keyser, WV. Music is big in our family but oddly enough, I am the only drummer. I started drumming at a very young age. You hear from a lot of drummers how they started on pots and pans. Well that is how it was for me as well.

For me it really started at the age of three when one day, after church was over, I went up on the stage and started wailing drum beats. Without ever having a lesson, and never even touching a real drum kit, I was playing as if I had been playing drums for years. I remember I couldn’t even reach the hi hat pedal. From that point on, I never stopped playing.

At the age of four I got my first drum set. It was a standard size percussion plus kit. I wore the thing out. I would play for hours and hours and was fortunate to have parents that supported me and let me do what I loved, no matter how loud, or long I played. To be that young and to have such passion for drums is very rare. There is no doubt that it was a gift given to me from the man above and I’ll never forget that. From the age of 3 I have never stopped playing and have never stopped improving.

OLD: What do you consider as the most important drumming skill to you? (i.e. timing, improv, creating rhythms, groove, rudimental, etc)

The most important drumming skill to me would be creating music, not just beats and timed noise. By working on your timing, improv, rhythms, groove, rudiments, etc, you will become a well rounded drummer and musician. Because I have worked on all of these things for a long time, I am able to create musical and technical solos, groove with any band of any genre, and pretty much adapt to any drumming situation. Drumming is like painting. The more experienced painter will show flawless lines, blending of different colors and shades, and the end result is a beautiful painting. You will also see recognizable trademarks that the painter has developed though time. Its the same with drumming. When playing drums, try to create flawless rhythm, groove, timing, while staying inside the lines, and as the years go by you will develop your own style and sound.

OLD: Do you have any good warm-up techniques to share?

One of the best warm ups for me is a classic. I warm up on a very low rebound surface. When I am in the green room before a show, I will find a couch, sit in front of it and play rudiment across the whole surface including the back rest, arms, pillows and cushions. This enables you to stretch out your shoulders, arms, hands, and fingers. Because of the lack of rebound from the cushions and pillows, you will work muscles harder than you would on a regular drum pad. Yes it might look stupid but who cares. It is also very important to stretch and shake out your arm muscles.

OLD: Can you give us any advice for playing live? Anything we should focus on or pay attention to?

When playing live there is obviously going to be a lot of energy. There is a crowd to feed off of, lights, and just a bunch of stuff to get you pumped up. Sometimes it if very easy to rush the tempos of songs because of the high energy. I have learned to soak up that energy and filter it to the emotion of the song rather than it affecting the tempo and feel of the song. If you are a drummer that struggles with this, play with a metronome. Chances are it will feel a little slower than normal when playing live but that is where trust comes in. Nothing has better timing than a metronome. I don’t feel you should rely on a metronome to have good timing live but until you get used to filtering that energy I would recommend it.

OLD: Can you give us any advice as far as recording in the studio? What do we need to know?

I look at recording like I look at tattoos. You better be 100% prepared because you are stuck with it for the rest of your life. If you aren’t prepared chances are you won’t be completely satisfied with the result. When preparing for a session, it is good to rehearse your part at the exact tempo you plan to record it. This will ensure that the grooves and patterns you plan to use fits with the tempo and overall feel of the song. What I do is break each song down into sections. I figure out what grooves I will play on the verses and choruses and if the song calls for it, which in most cases it does, I try to make those sections consistent as possible. The studio is fun and rewarding, but can also be very frustrating. It is important to be as prepared as possible. With preparation comes confidence, and having confidence will show on the project you are working on in the studio.

OLD: What do you consider your most memorable moment as a drummer?

Winning the 2007 Guitar Center Drum Off would have to be the most memorable moment as a drummer. This competition is the world’s largest drum competition. I would consider it the American Idol of drumming. I was up against 6000+ drummers across the Nation. Winning this competition opened up so many doors for me. I got endorsed with Gretsch drums, Zildjian cymbals, Pro-Mark, and Evans drum heads. I won over $60,000 worth of prizes including a brand new Toyota FJ cruiser. It was truly amazing. I still can’t believe it happened.

After winning the competition I got invited to play a solo at the Buddy Rich Memorial Concert. I shared the stage with Nick Rich, Buddy Rich’s grandson, John Blackwell (Prince, Justin Timberlake) Neil Peart (Rush), Terry Bozzio (Frank Zappa), Chad Smith (Red Hot Chili Peppers), and more. To be among these drummers at this level made me realize that I am living the dream I had growing up as a kid. I’ll never forget these experiences.

One of the coolest stories I tell all my drum buddies took place at the Buddy Rich memorial. I was walking around backstage prepping and getting ready to go on to perform. I was already nervous then out of nowhere, Chad Smith came up behind me, put his arm around me and said, “You got some serious balls being the only drummer playing a solo at Buddy Rich Memorial.” That was the only thing he said to me then walked off. I just stood there, as I realized, WOW, I am about to play a solo in front of 7,000 people that’s being streamed live online where there are millions of people watching. It was an eye-opening moment. I told myself, ready or not, here we go. After the performance I made sure to tell Chad thanks for the words of wisdom.

OLD: With your latest release BRIGHTER DAYS, what can we expect?

This album definitely has a live feel to it. I really got to spread my wings as a drummer and have lots of fun recording it. Each song has its own vibe to it which gave me a chance to explore different grooves, styles, and rhythms. I had tons of fun recording this album and I feel that the fun comes out and is quite noticeable. Its just a feel good album that makes you want to dance, sing along, and of course air drum to.

OLD: Does it differ from past relases?

After listening to this album in comparison to the others, it seems to be a bit more in your face. Like I said, it has more of a live feel to it.

OLD: If you could only pass along 1 piece of advice (drumming related) to the next generation, what would it be?

If I had to pass one piece of advice along to the next generation it would be to have fun with learning, and experimenting with new beats, grooves, and rhythms. When practicing, try not to play the same thing over and over. This will help with expanding your drumming versatility plus you’ll have more fun doing so which is really what its all about.

Little did he know that joining OnlineDrummer.com would eventually lead him on a self-made quest for more and more unique... read more

Adding an Afro-Cuban feel to your playing using the Mozambique cowbell pattern.

The Mozambique is a rhythm which comes from Cuba. Steve Gadd plays a well known adaptation of this rhythm on... read more

I had the pleasure of hanging with Moose, the man behind the throne with Bullet For My Valentine. Moose shared... read more

World renown drummer, composer and best-selling author, Dave Black, shares his insights into being successful in the music industry, which... read more

Lee Norris, the pulse behind the rock group that's been creating all the buzz, Another Lost Year, shares his story... read more

The Lost Art of Coordination Building

Focusing your practice time on the right things can make you a much better drummer with long-term success. read more

Jerod Boyd and the Miss May I crew transgressed the snow-capped highways, being hit mercilessly by the winter storm of... read more

OnlineDrummer.com takes a look at the work of Jeff Davenport ahead of his upcoming clinic on July 3rd, 2011... read more

5 Ways To Freshen Up Your Drum Beats

There are many ways to freshen up the drum beats that you already play. Here are 5 ways. read more

The Craft: How Marketable Is Your Drumming?

In the fall of 2010, I moved from Kansas City to Los Angeles. I expected the move to be a... read more

Perhaps the largest hurdle we face when learning a new song is that of motivation. Regardless of whether we're beginners... read more 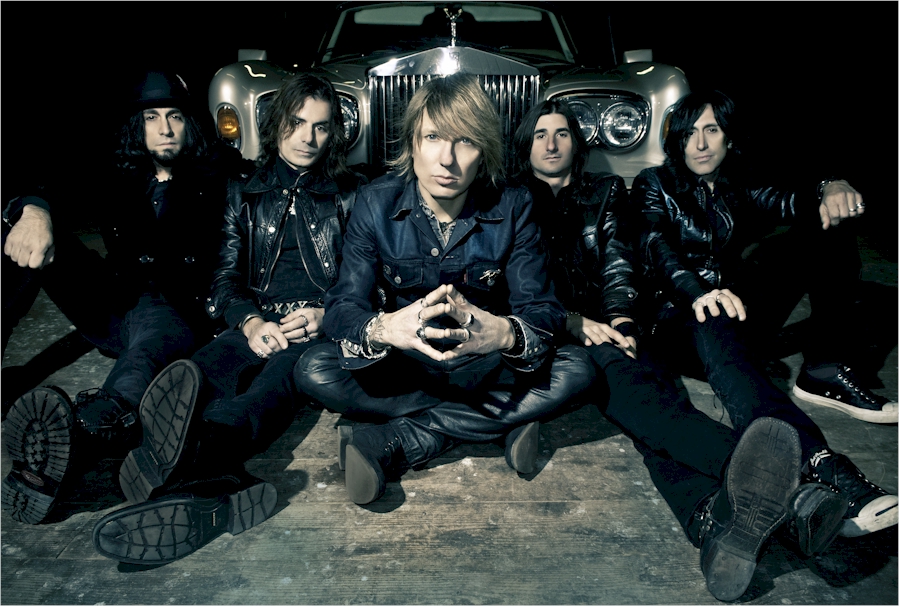 Learn about Ford drums and what brings their unique sound and look to life. read more