The song Back in Black was written as a tribute to AC/DC's original singer, Bon Scott, who had died only weeks earlier in 1980. Back in Black (the album) went on to become the second best selling record of all time.

This instantly recognisable beat and rhythmic figure is heard in the introduction section of the song. Beginning on beat two of the second measure, the drummer doubles the rhythm played by the guitarist – a three sixteenth note motif comprised of two notes and a rest. In the notation below, this figure has been written for the snare drum only. Starting with this simplified version will give you the counting, sticking and rhythmic skills required to execute the figure precisely. 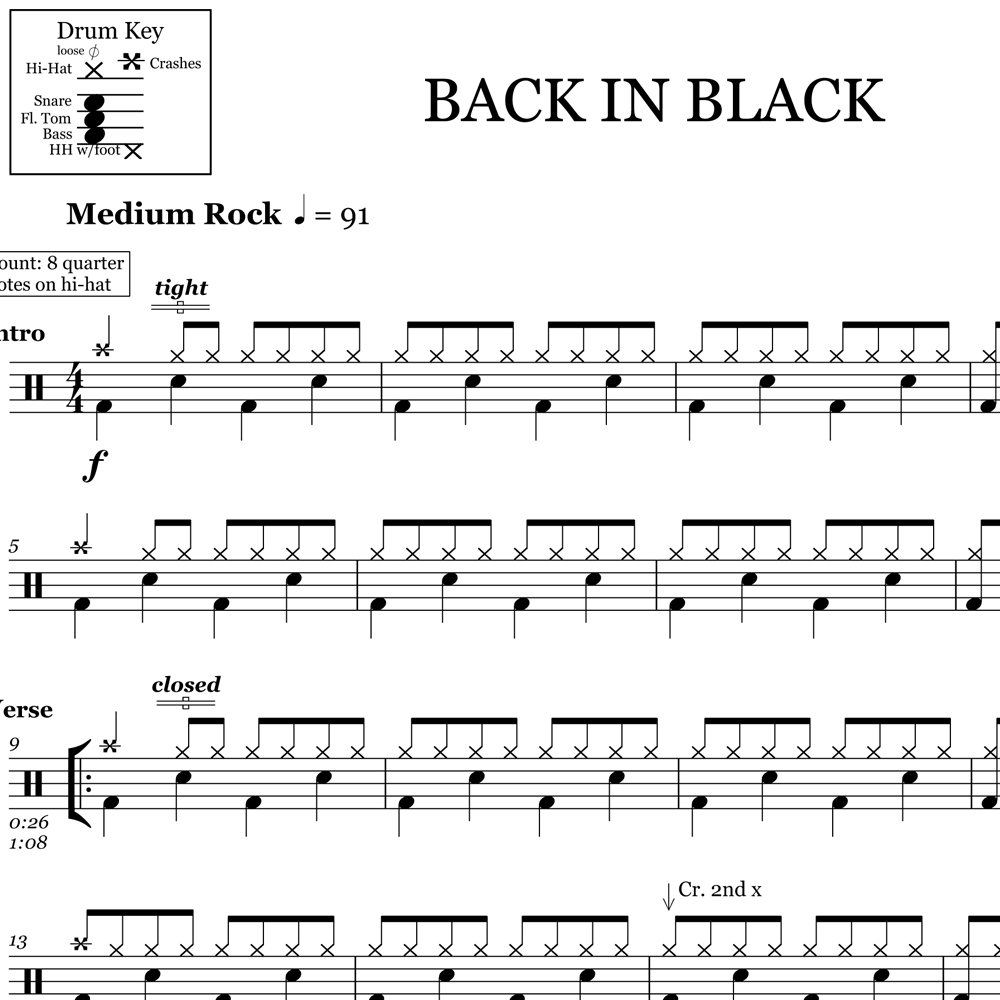 Get the full sheet music for Back in Black. Download and print today!
View Details

This simple 6 measure drum loop underpinned Outkast's 2003 hit, Hey Ya. It features a quirky half-measure (2/4) in the... read more

This phrase was played at the beginning of the drum solo (3:04) over an eighth note pulse on the bass... read more

"Holy Diver" was the lead single from Dio's debut album of the same name (1983). It endures as one of... read more

This funky groove paves the way for Aerosmith's classic hit 'Walk This Way' from their 1975 album, Toys in the... read more

"Hotel California" is the Eagles best-known song and the title track from their fifth album of the same name (released... read more

"Brace" is the title track from Birds of Tokyo's latest album—released in November 2016. read more 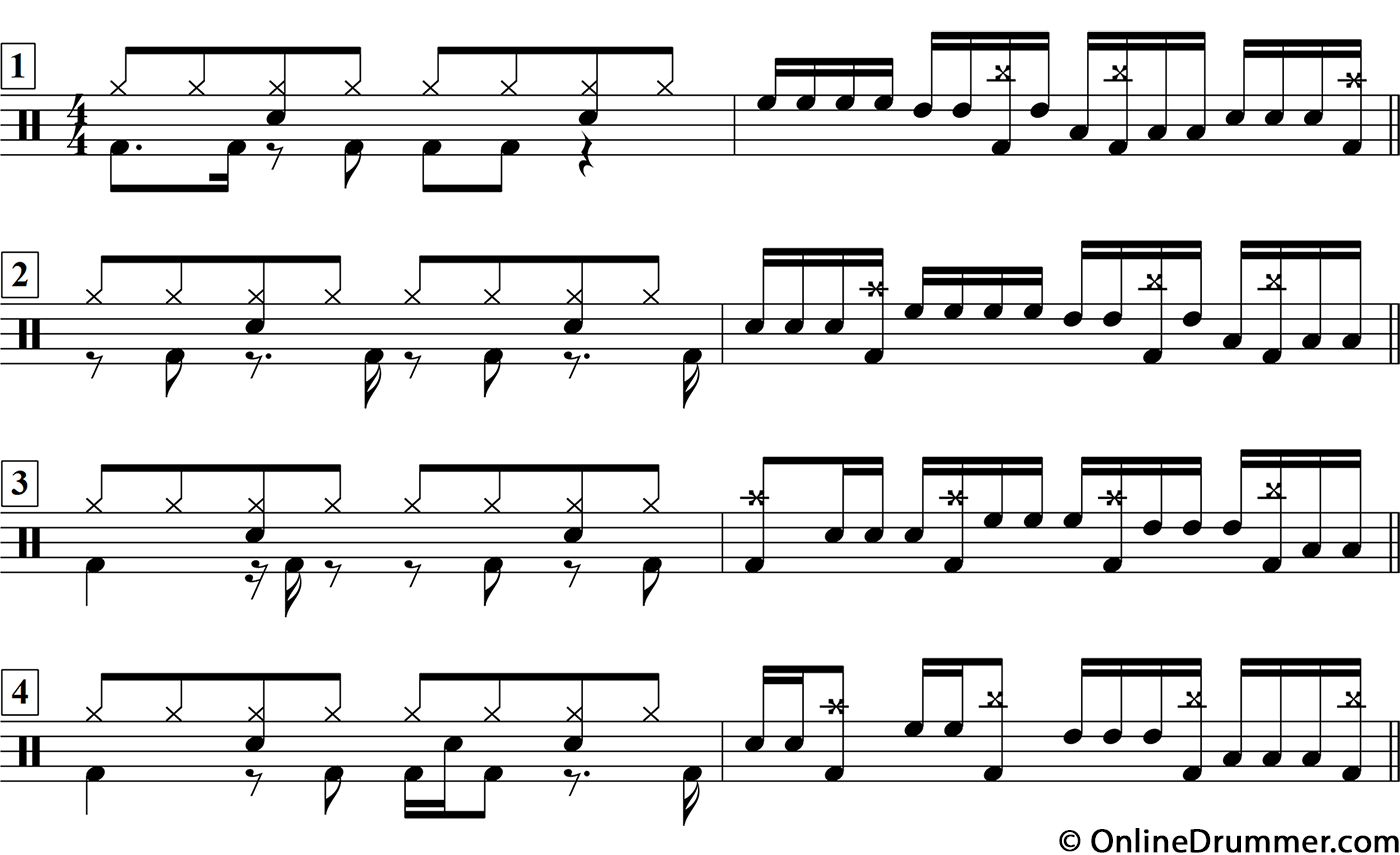 This linear groove starts off with a simple, but great-sounding, pattern. Each bar adds to the previous bar to gradually... read more