When Queen recorded Bohemian Rhapsody in 1975, it was the most expensive single ever produced. Band members: Freddy Mercury, Brian May and Roger Taylor sang for ten to twelve hours a day and used up to 180 overdubs to create the rich vocal textures heard in the operatic section. The song has become one of the most popular singles of all time.

The four-over-six relationship can be seen clearly in the notation below. The ‘four pulse’ is written in blue and the ‘six pulse’ in green. The counting represents the most basic subdivision of the two pulses, determined by their lowest common multiple. If this is an unfamiliar concept, try playing this rhythm slowly with counting before attempting the full beat. 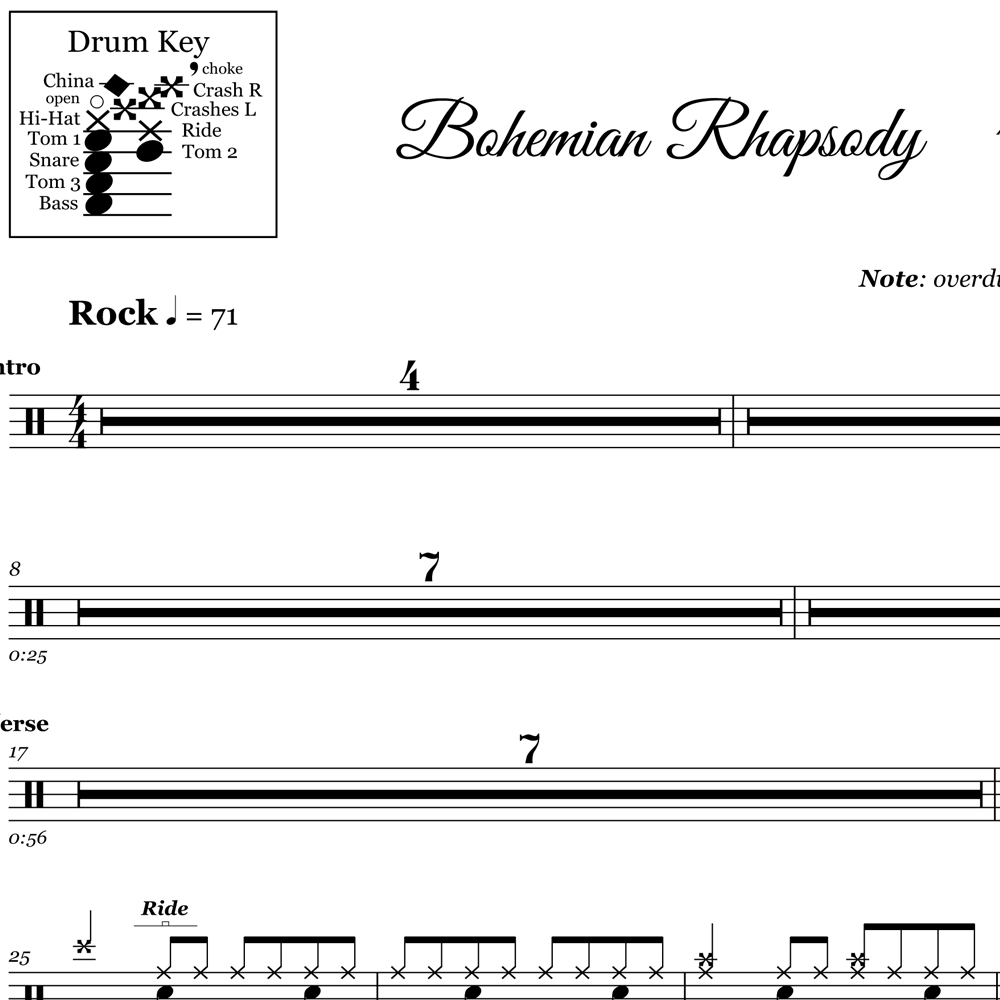 We borrowed a technique used by Rodney Holmes in the Santana song Smooth to create this syncopated groove. read more

"The Judge" from Twenty One Pilot's latest album, Blurryface, features some interesting tempo changes. The above notation relates to bridge... read more

Punk-poppers, Yellowcard, broke into the mainstream a little over a decade ago with their hit-single, Ocean Avenue. The above excerpt... read more

While the drum track to Thriller is a programmed track played by a drum machine, this groove is still a... read more

Centuries was one the best-loved pop/rock songs of the last year and Fall Out Boy's biggest hit to date. This... read more 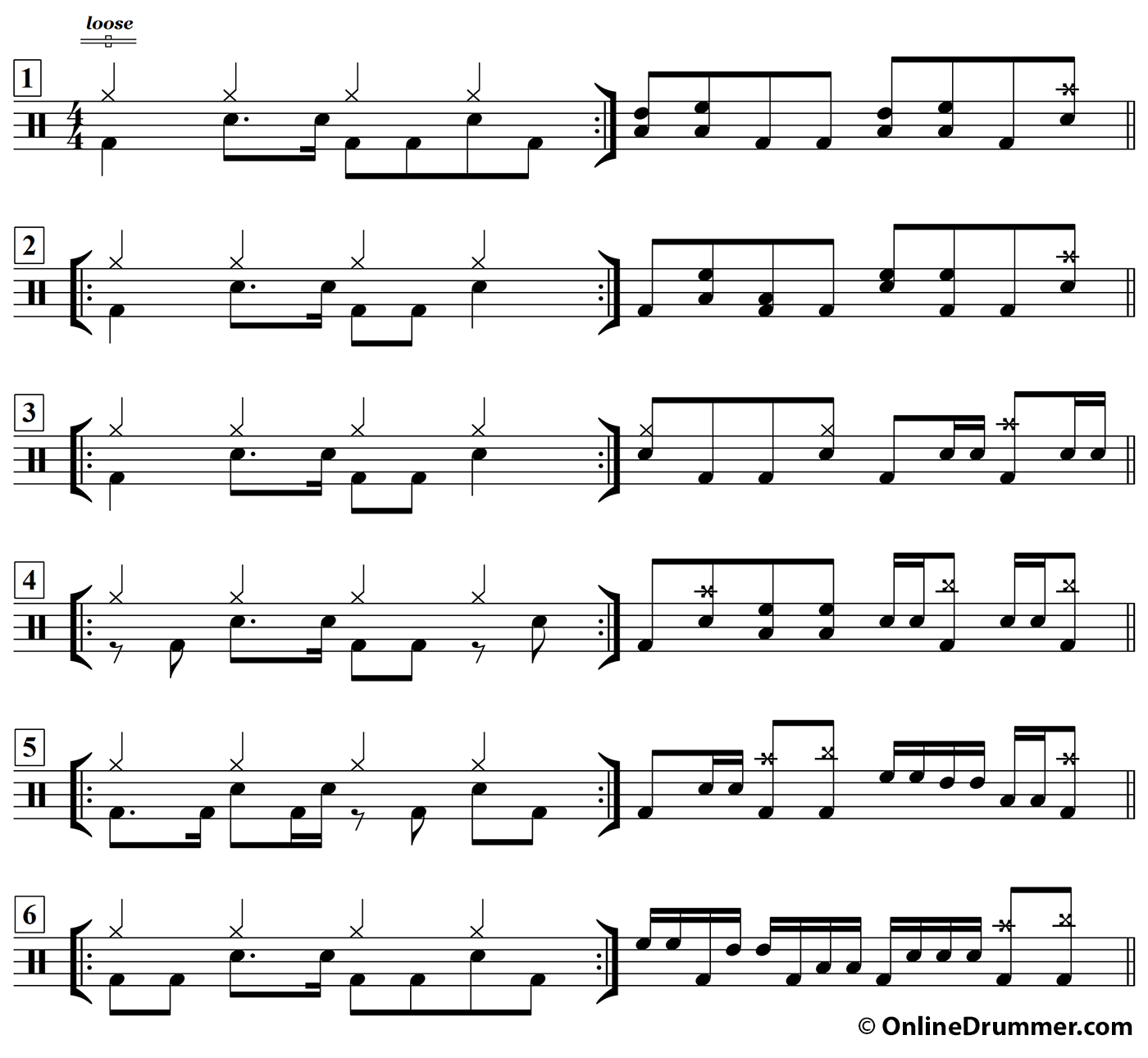 Enjoy this selection of 6 hard rocking drum fills and beats. Listen to the audio example, print the notation, and... read more

I Write Sins Not Tragedies contains several interesting grooves. This excerpt is taken from the second verse, around the 1-minute... read more

This two-measure figure is played several times in the verse sections of Twenty One Pilot's 2015 hit, Tear in My... read more

Learn this disco-esque drum beat that borrows some of the hi-hat techniques and snare pattern used in the song Le... read more