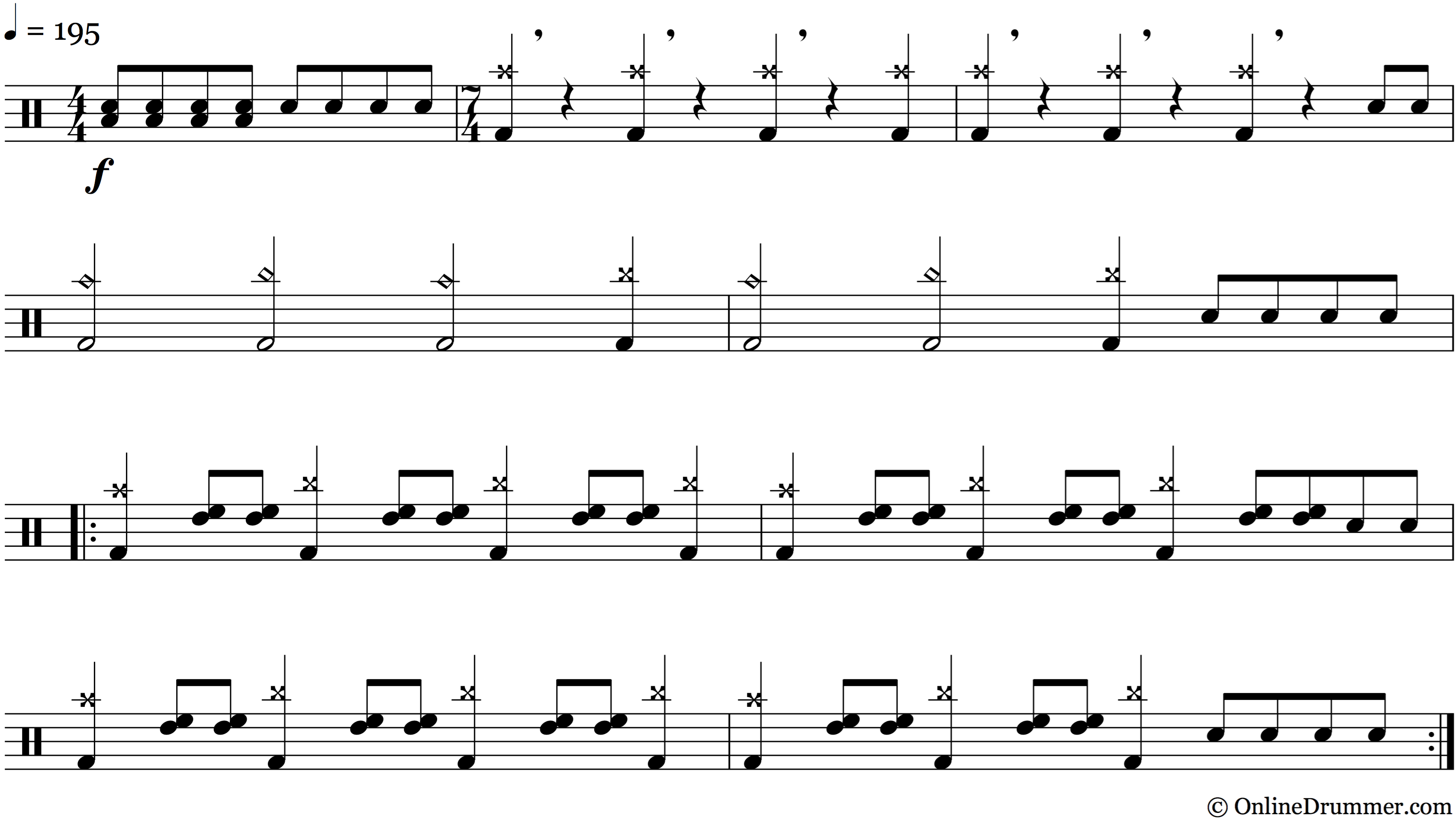 This excerpt is taken from the intro section of the song. It features the toms and crash-cymbals sounding in rhythmic unison with the guitars – working in a 2+2+3 beat framework.

Immediately following this section, a monster swiss-triplet based fill (played over what sounds like ten toms) acts as a bridge to the main part of the song.

Dyers Eve was difficult to reproduce live and although it was a fan-favourite, it was not played in concert until 2004, sixteen years after its release.

The only difference between these two measures is that the second measure does not have a hi-hat note on... read more

This simple, yet effective pattern is heard in the introduction section of Indians, one of Anthrax's most popular songs.... read more

Short fills are perfect for light transitions or breaking up repeated bars of drum beats. If overused, they can... read more

This beat was used in the intro to Faith No More's breakout song, Epic. After a 10 year... read more 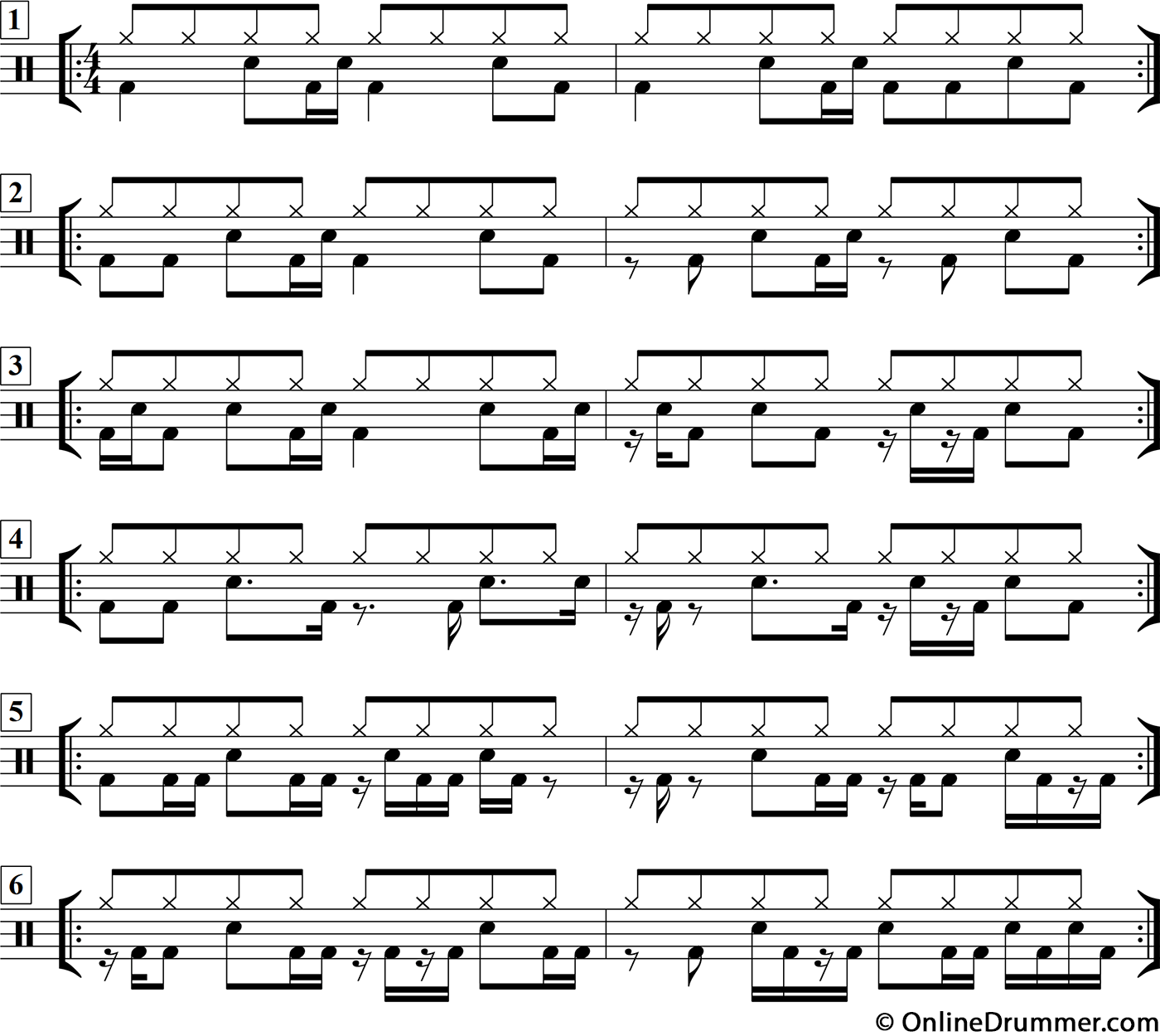 These six rock grooves use a two-bar repeating pattern. The beginning grooves are simpler and become more complex throughout. read more

The classic theme from the 1960s TV series "Mission: Impossible" was composed by Lalo Schifrin, who jokingly said that... read more