"Holy Diver" was the lead single from Dio's debut album of the same name (1983). It endures as one of the band's most widely recognized and popular songs.

The two measures (above) are first heard in the intro section of the song – at 1:24 on the album version (some other versions curtail the lengthy synth prelude).

The groove is typical of Vinny Appice’s powerful accompaniment to the main riff. At the end of the second measure, he plays a slick, Bonham inspired flourish. Notice how the two right hand strokes at the beginning of the lick change the lead hand to the left. The underlined sticking represents where the bass drum is played together with the right or left stick. 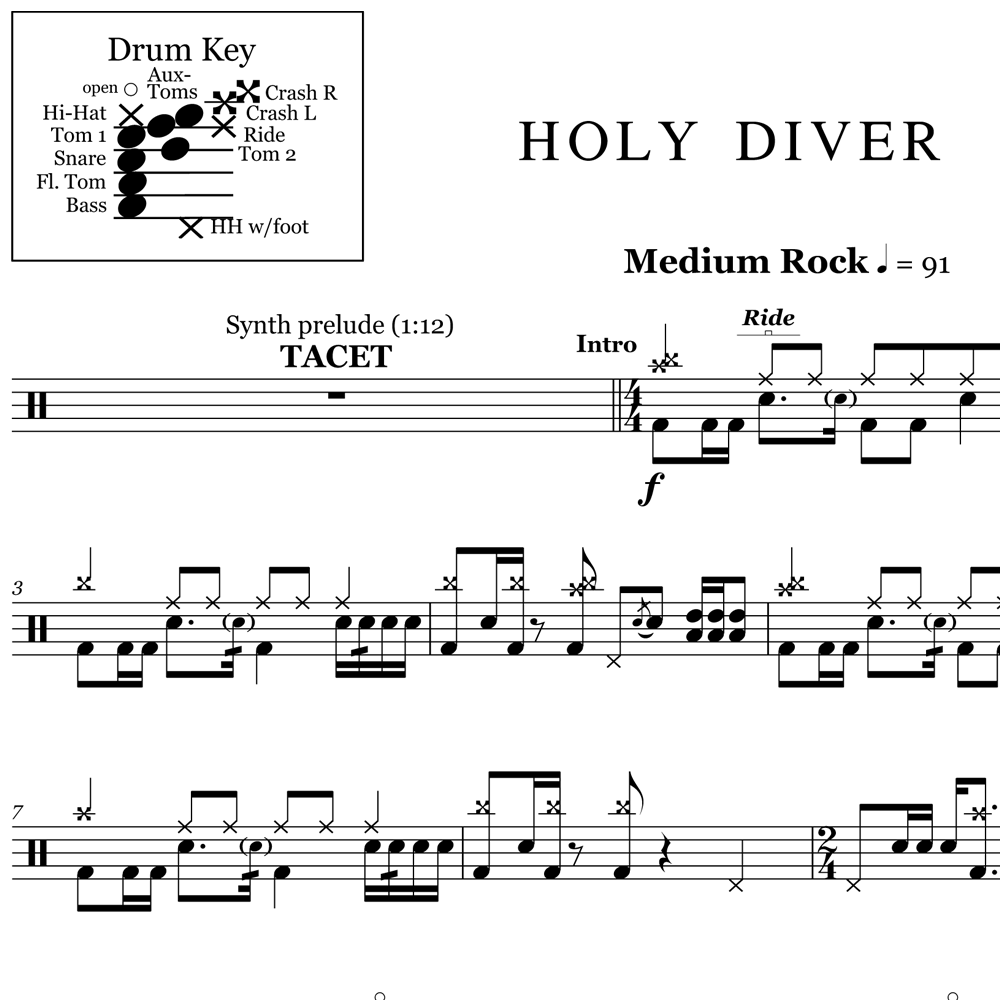 Get the full sheet music for Holy Diver by Dio. Download and print today!
View Details

"Bang Bang" is the lead single from Green Day's upcoming album, Revolution Radio, due to be released on October 7,... read more

Led Zeppelin's epic "Kashmir" from their Physical Graffiti album became an instant classic when it was released in 1975. read more

"We Are" is the lead single from progressive rock band Karnivool's third album, Asymmetry (2013). read more

"Atavachron" is the title track from Allan Holdsworth's classic fusion album, released in 1986. It was his first album which... read more 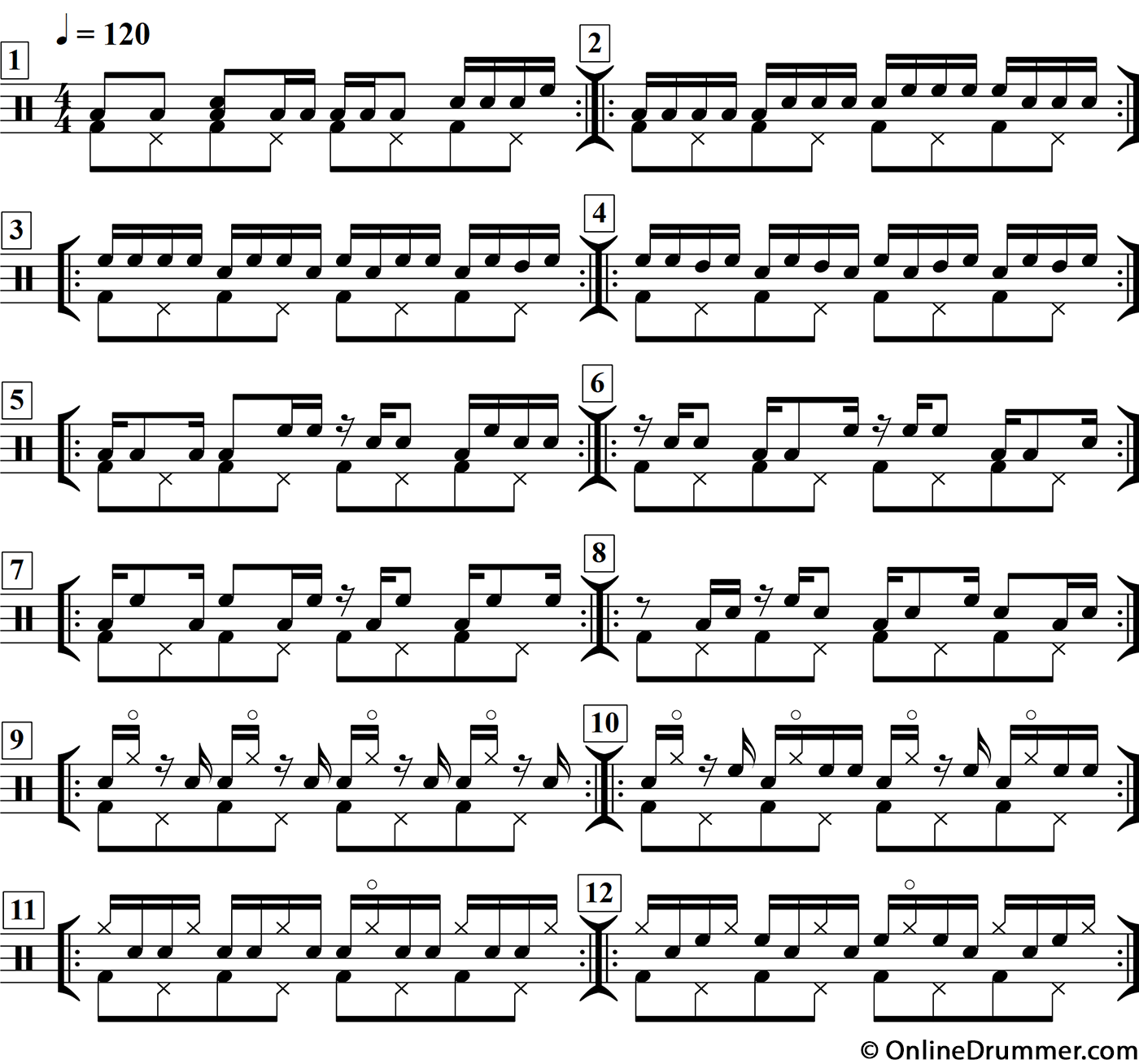 "Run" is the lead single from the Foo Fighters upcoming album, Concrete and Gold, due to be released in September... read more 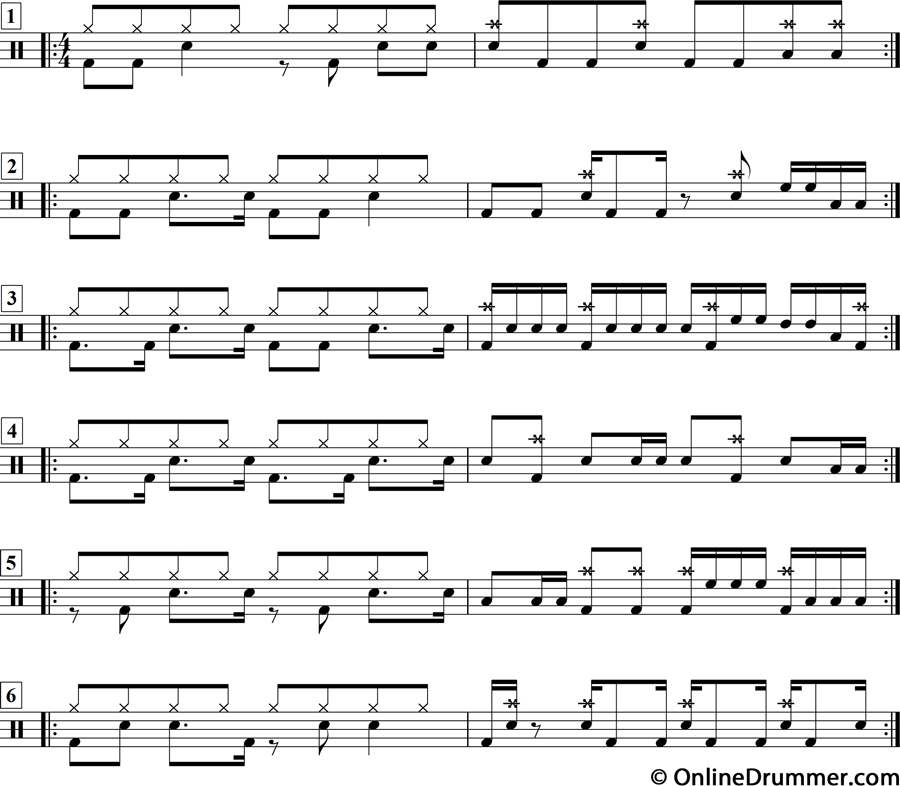 Drum fills are often comprised of a lot of drums, but adding some crashes into your drum fills can produce... read more

The classic theme from the 1960s TV series "Mission: Impossible" was composed by Lalo Schifrin, who jokingly said that it... read more 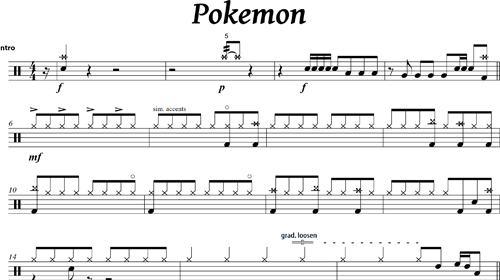 Learn the explosive drum intro to the theme song from the most recent craze to hit the streets: Pokemon! read more

"When Doves Cry" dominated the US charts when it was released in 1984 and has endured as a fan-favourite for... read more

The rests in this funky groove give it a hesitated feel. The second bar gives the impression of odd timing... read more