"Hotel California" is the Eagles best-known song and the title track from their fifth album of the same name (released in 1977). The song features drummer, Don Henley, singing lead vocals as well as two highly acclaimed solos by guitarists Don Felder and Joe Walsh. Hotel California won the Grammy for 'Record of the Year' in 1978.

This excerpt is taken from the third and fourth measures of the second chorus (beginning 3:08). Don Henley played a pair of wooden timbales in the last 3 notes of the fill, borrowing flavour from Latin and reggae music styles. The song’s working title was in fact “Mexican Reggae”.

As Don sings while playing the drums, his fills tend to be placed in between vocal phrases. A number of his fills, particularly during the guitar solos, span a wide pitch range – from the high-tuned timbales to an 18″ floor tom.

Here is Don pictured with his wooden timbales. 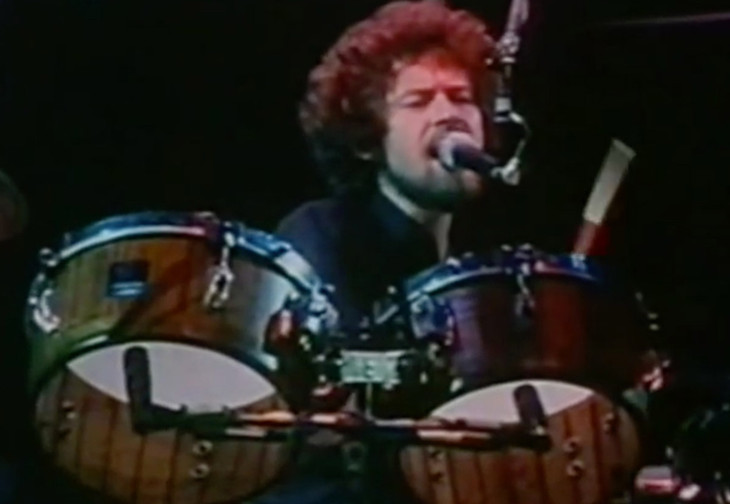 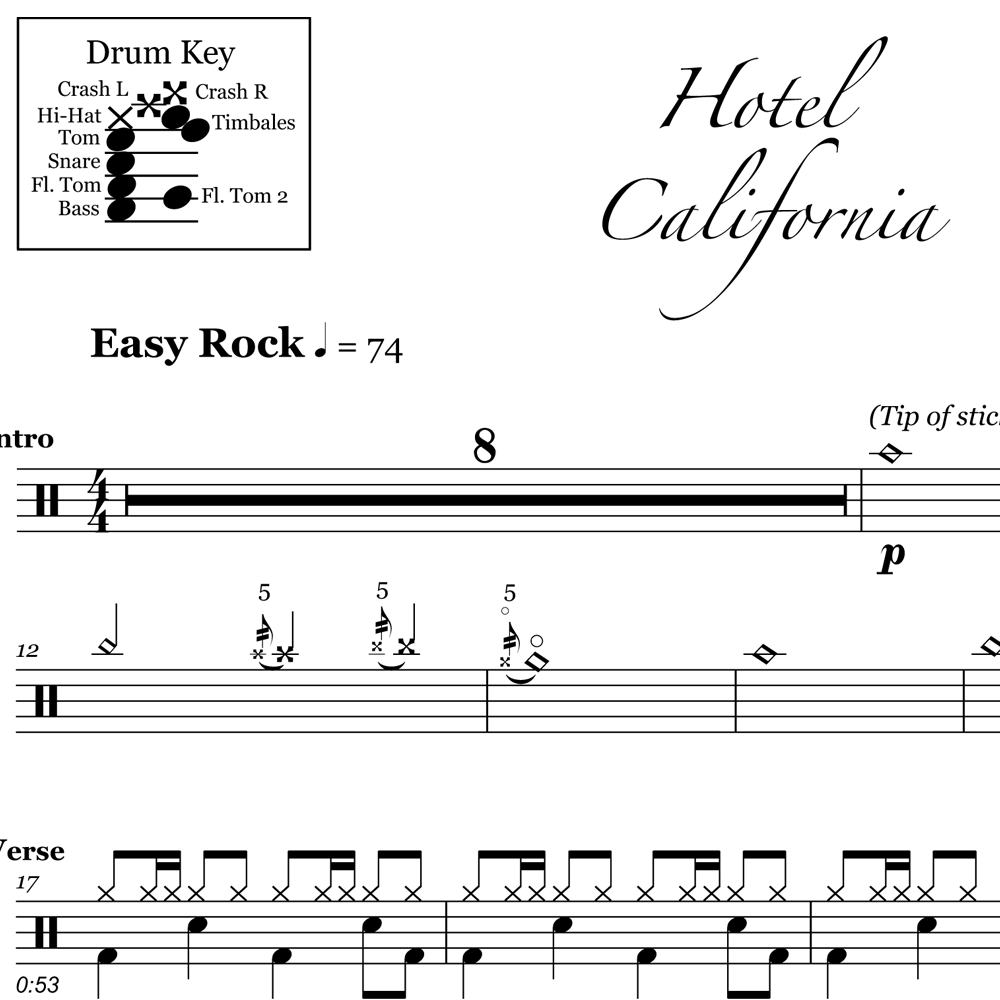 Get the sheet music for Hotel California. Download and print today!
View Details

"Run" is the lead single from the Foo Fighters upcoming album, Concrete and Gold, due to be released in... read more

This solid hip-hop beat is played with only the bass and snare and is used throughout the song Drop... read more

We borrowed a technique used by Rodney Holmes in the Santana song Smooth to create this syncopated groove. read more

Daniel Platzman plays this groove throughout the intro section of the song, then moves the off-beat 8th note part... read more

Led Zeppelin's epic "Kashmir" from their Physical Graffiti album became an instant classic when it was released in 1975. read more

"Genie in a Bottle" was the lead single on Christina Aguilera's self-titled debut album (1999). Its worldwide success... read more

I Miss You – Adele

This hypnotic tom-based groove underpins Adele's new song 'I Miss You'. The end of the 8th measure cycle is... read more

Centuries was one the best-loved pop/rock songs of the last year and Fall Out Boy's biggest hit to date.... read more

This funky, two-measure groove is the core rhythm for the whole song. An overdubbed rim part is added... read more

This groove was featured in Arctic Monkey's hit, R U Mine. Which voicing do you prefer? read more

This simple, yet effective pattern is heard in the introduction section of Indians, one of Anthrax's most popular songs.... read more