Blackstar, David Bowie's 25th studio album was released on his 69th birthday just two days prior to his death. It was deliberately created and timed as a parting gift for his adoring fans. Lazarus, the second single from the album, features master modern jazz drummer, Mark Guiliana, laying down a simple, propulsive rhythm which drives the melancholic vamp. As the song progresses, he adds intensity through variations and expressive fills while maintaining the core rhythm.

Vale David Bowie. Thank you for your immeasurable contribution to the world of music.

Piano Man, Billy Joel's signature song, was the singer's first single and his most popular song of all time. Although... read more

This groove blends both the double paradiddle and the single paradiddle into a crazy sounding drum beat based in common... read more

"Rasputin" was a world-wide hit for euro-disco group Bony M, and the second hit-single from their Nightlight to Venus album... read more

"Genie in a Bottle" was the lead single on Christina Aguilera's self-titled debut album (1999). Its worldwide success made... read more

Double-time beats are used in punk and heavy metal music to add intensity to a song. read more

There are two principles that apply to the voicing of this beat. Which voicing do you prefer? read more 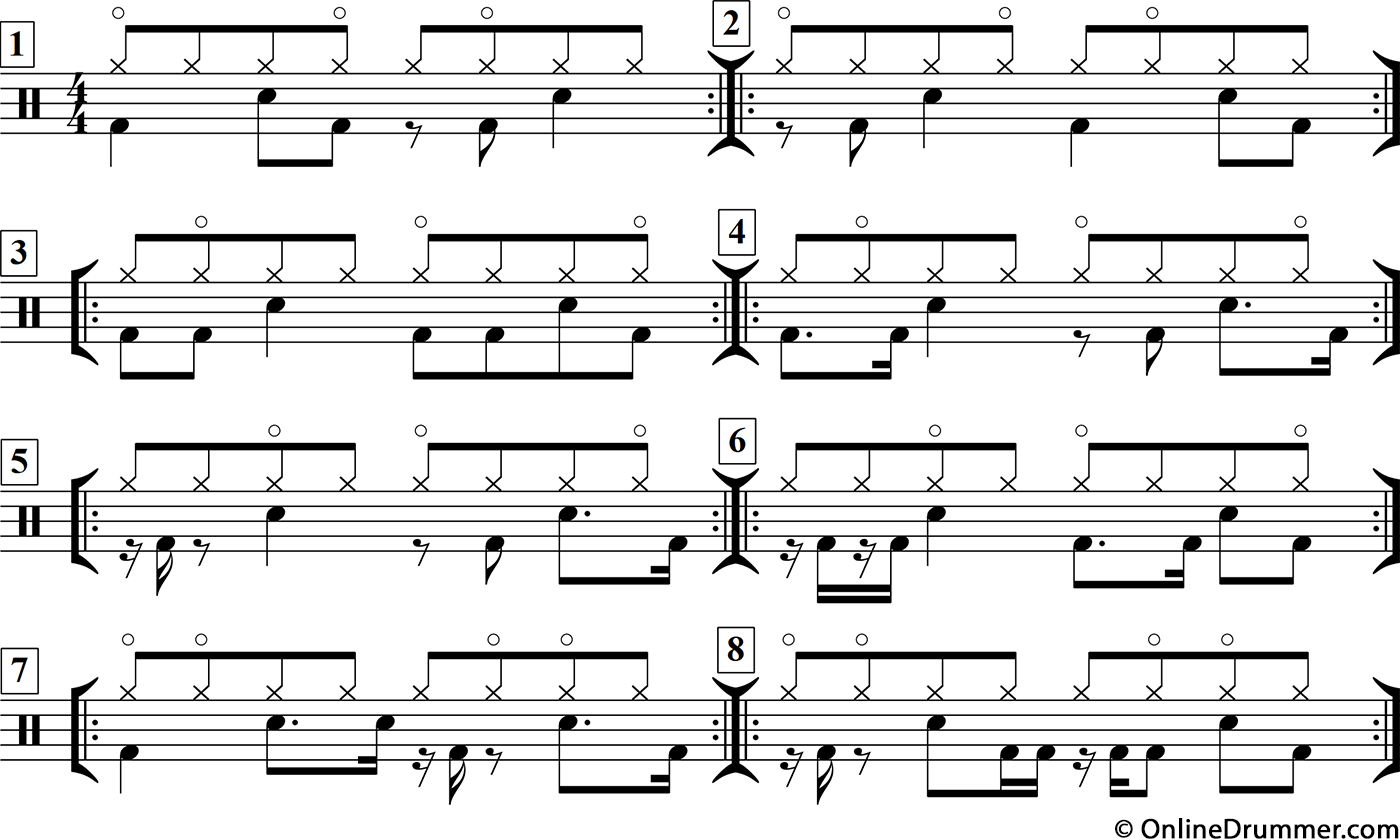 The open hi-hat technique is often used to create an off-beat feel or to accentuate a particular stroke or two.... read more

Starting with a straightforward rock groove, each beat builds from the previous. The first grooves are easier and grow with... read more

These Go-Go beats are arranged from starter level to more advanced arrangements. Beats 5 and 6 incorporate eighth notes with... read more