Slipknot's Psychosocial was nominated for a Grammy Award in 2009 and is one of their most popular songs to date. This repeated two-measure phrase heard in the bridge section (2:44) features the guitars and snare drum being played in rhythmic unison. A similar rhythmic pattern is used in the outro, about which percussionist, Shawn Crahan, said " [the song] is capped off with a time-signature shattering guitar/drum breakdown that will leave the best air-instrumentalists stumped".

This 'Bo Diddly' inspired beat uses the same bass and snare drum rhythm in both measures. However in the... read more

This simple, but effective 2 measure pattern was played with only minor variation throughout the song. read more

Phantom of the Opera – Iron Maiden

This excerpt represents the core rhythm in Iron Maiden's 'Phantom of the Opera' – from their debut, self-titled album (1980).... read more 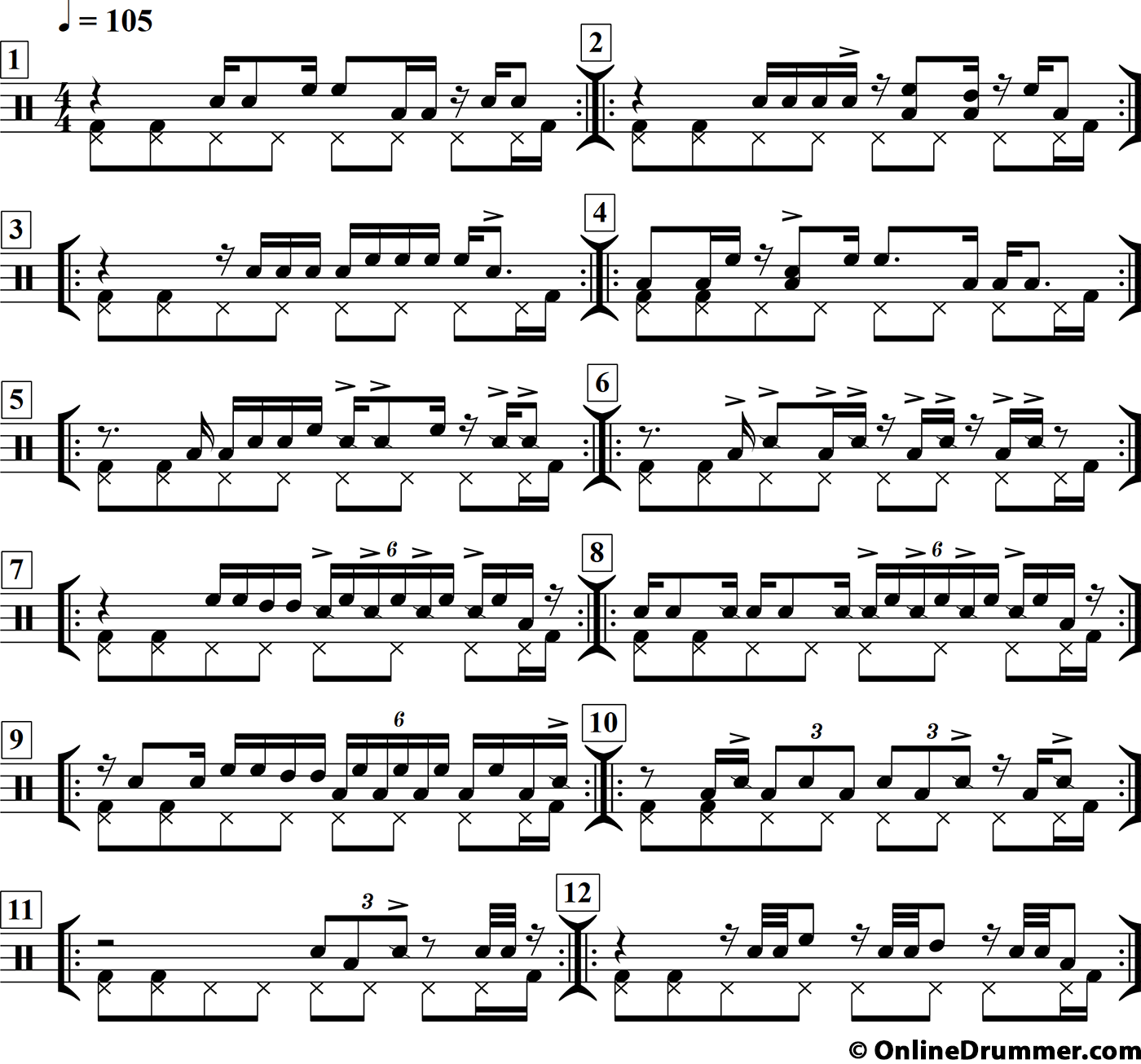 These drum fills are played over a hi-hat and bass drum refrain, keeping the time and holding the fills together. read more

This sixteenth note, tom-based groove is played with paradiddle-diddle and paradiddle stickings. It is designed to increase the player's flow... read more

Twenty One Pilots drummer, Josh Dun, kicks off 'Ride' with a powerful reggae-inspired feel. The right-hand plays the hi-hat in... read more