"What I've Done" was the first single from Linkin Park's 2007 album, Minutes to Midnight. It also featured as the main theme for the original Transformers movie, released several months later.

The above pattern is heard in the verse sections of the song. The hi-hat states the quarter-note pulse, ‘barking’ on the first beat of the two-measure groove. The bass and snare drum pattern is the same as the second measure of a bossa nova rhythm — the snare sounds on beat 2 and the ‘and’ of beat 3, while the bass drum is played in a consistent heart beat rhythm.

What makes this drum track particularly interesting is the use of sampling/looping to create a multi-layered drum part. Sampling is the recording a sound; looping is the continuous replaying of the sample. Guitarists commonly use loop pedals to create the sound of multiple players, however it is much less common to hear drummers use the technique.

When the drums first appear in the song, drummer Rob Bourdon, plays a simple eighth note pattern alternating between the hi-hat and a cymbal stand (see below).

As it is not possible to play all of the layered patterns simultaneously, for the sheet music we notated the patterns when they first appear and marked them as Loop A, B, and C. Otherwise, the notation represents the primary drum part. Don’t worry, it is simpler than it sounds! 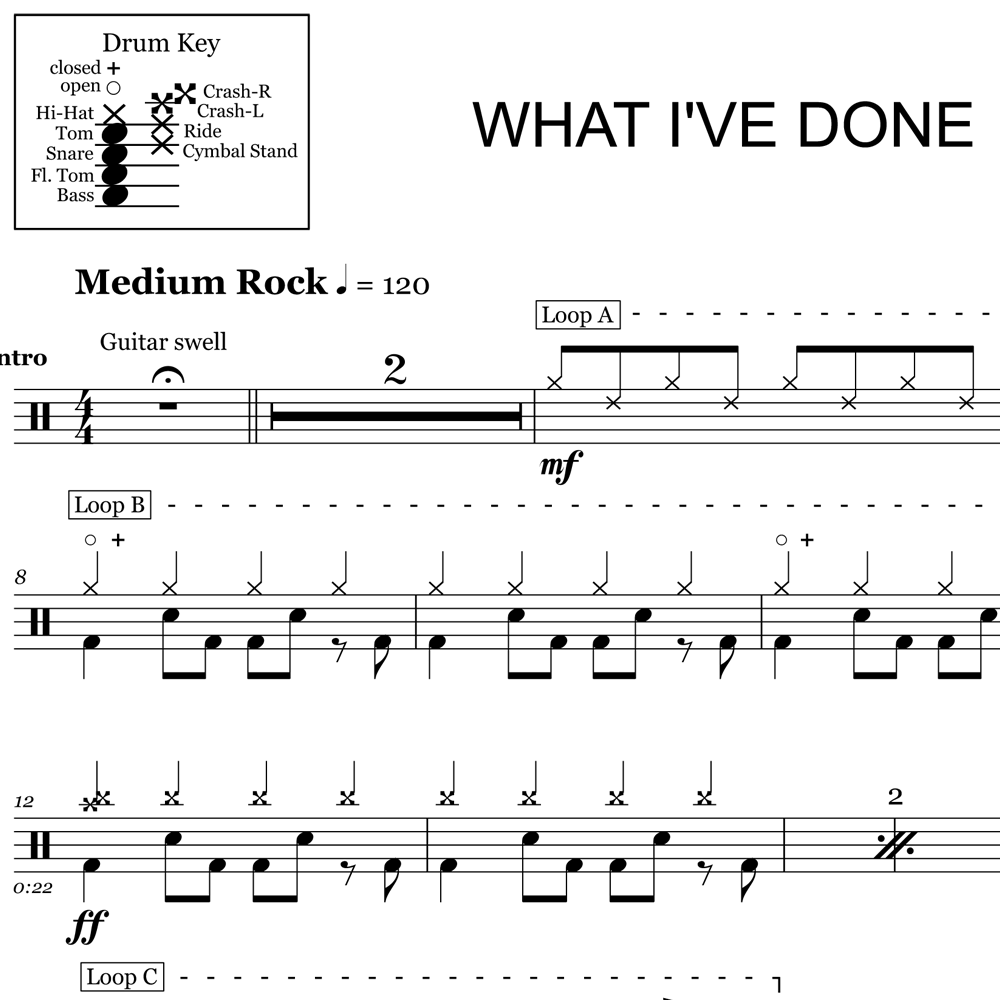 Get the full sheet music for What I've Done. Download and print today!
View Details

I Write Sins Not Tragedies contains several interesting grooves. This excerpt is taken from the second verse, around the... read more

This syncopated groove plays the bass drum along with all of the sixteenth notes on the hi-hat. Be sure... read more

"St. Anger" is the title track from Metallica's eighth studio album, released in 2003. It won a Grammy for... read more

This two-measure figure is played several times in the verse sections of Twenty One Pilot's 2015 hit, Tear in... read more

This is a drum beat pulled from the hit song, "Shimmer" by Fuel. read more

Casual Affair features on Panic at the Disco's fourth album "Too Weird to Live, Too Rare to Die!" (2013). read more 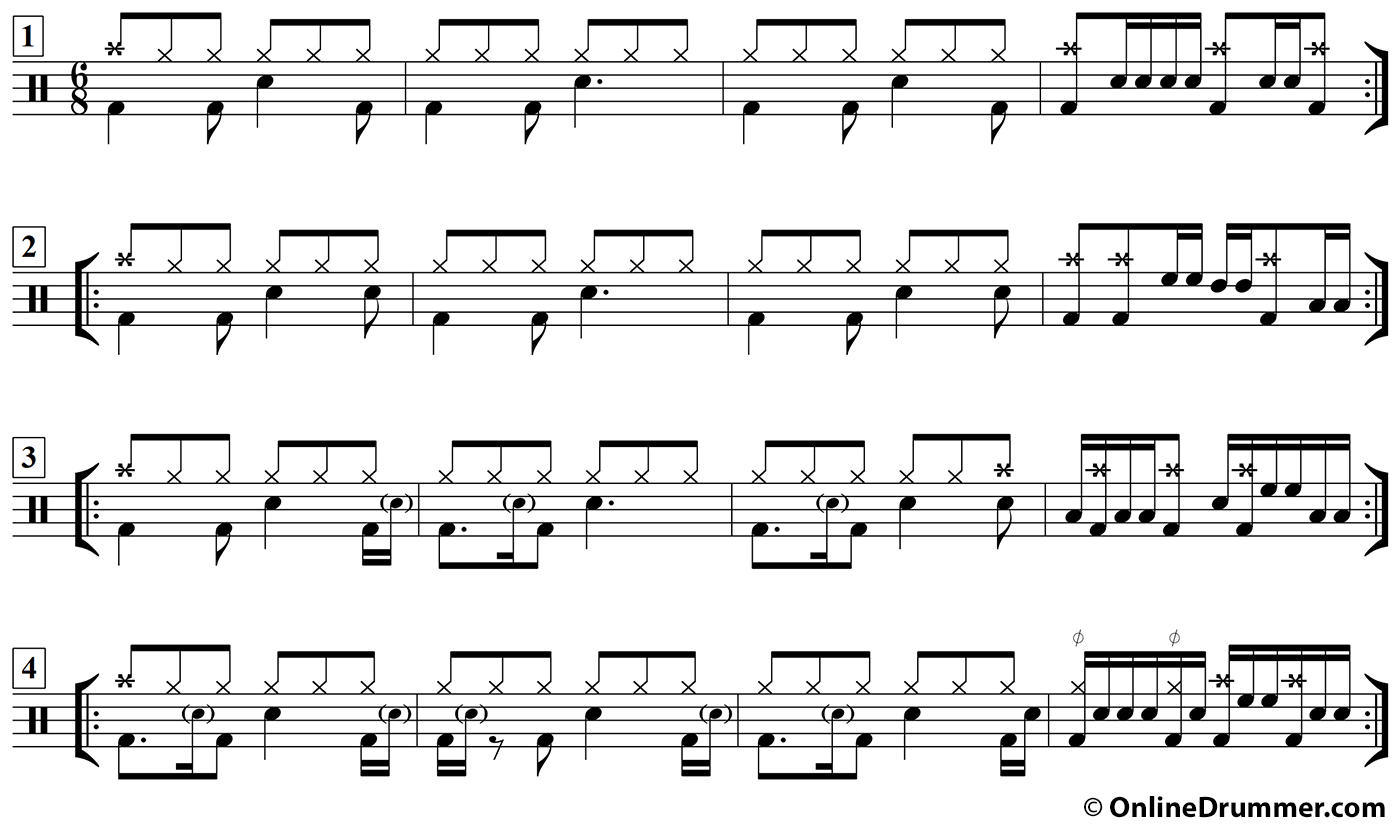 Enjoy four patterns in 6/8 along with some drum fill ideas. The first two drum fills are straightforward while... read more

This two-measure pattern is based on a three-note motif; played with the right stick, then the left stick, then... read more

This fusion drum beat conceals the one with multiple layers including the open hi-hat, bass drum and slick rim... read more