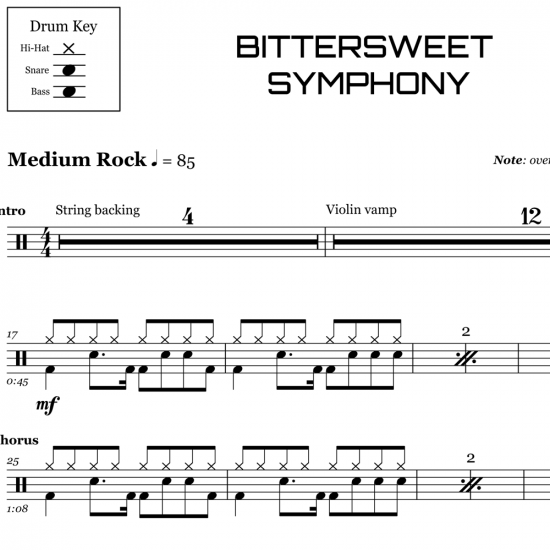 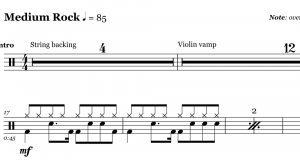 The full drum sheet music for “Bitter Sweet Symphony” by The Verve from the album Urban Hymns (1997).

This classic ’90s hit features an instantly recognizable drum beat with a few variations throughout. Peter Salisbury played the perfect drum track, which contributed to the song’s three-month stint on the UK Singles Chart and #12 peak on the Billboard Hot 100.

Even so, “Bitter Sweet Symphony” is a ’90s staple and an all-around fun song to play.