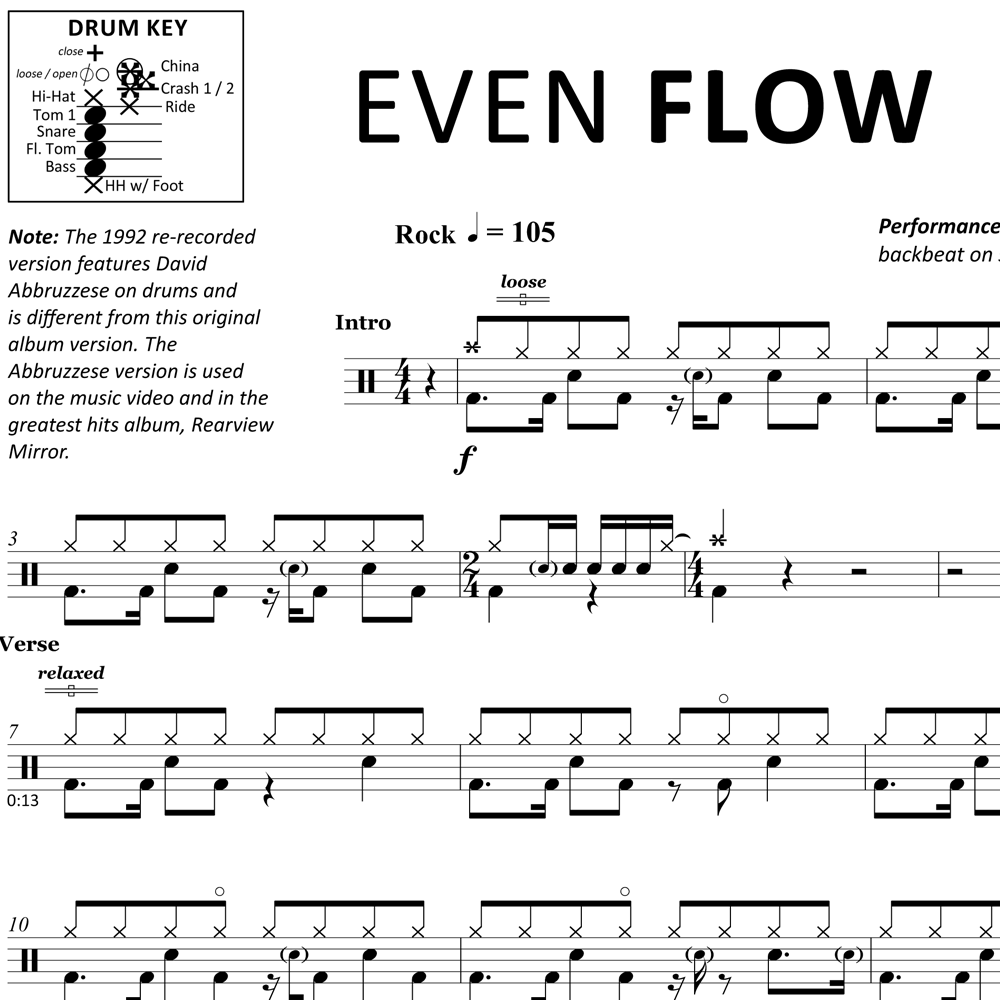 The full drum sheet music for “Even Flow” by Pearl Jam from the album Ten (1991). 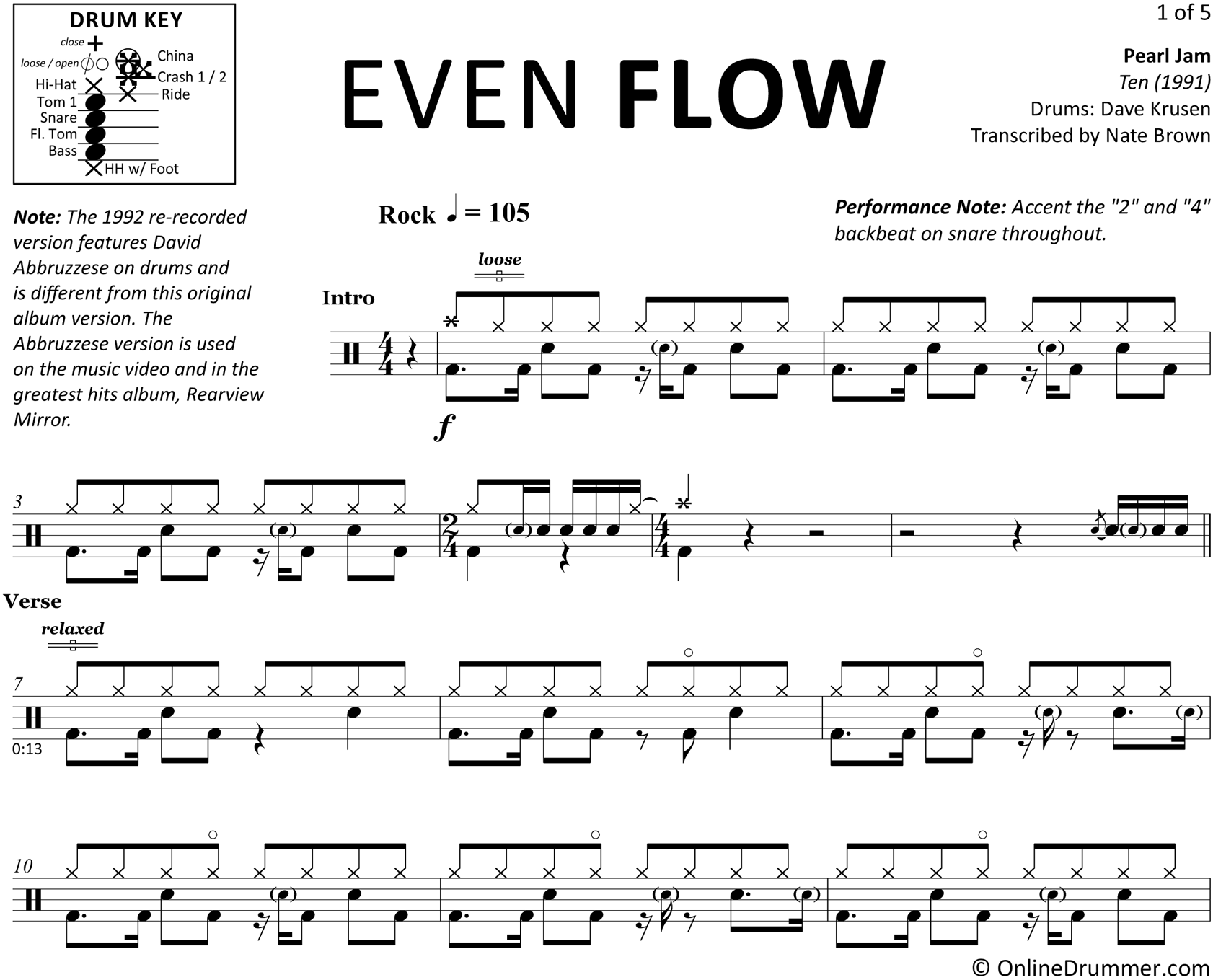 Drum Sheet Music for “Even Flow” by Pearl Jam

This original version from the hit album, Ten, is played by drummer Dave Krusen. Exploding onto the scene in 1991, “Even Flow” peaked at #3 on the Billboard Mainstream Rock chart and remains an influential rock track even today. The 1992 re-recorded version features David Abbruzzese on drums and is different from this original album version. The Abbruzzese version is used on the music video and in the Greatest Hits album, Rearview Mirror (2004).

Listen to “Even Flow”