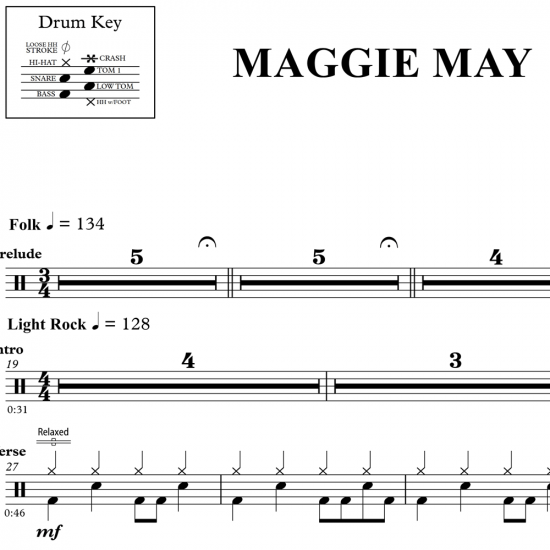 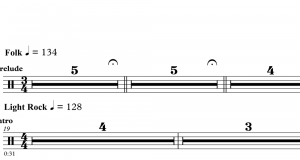 The full drum sheet music for “Maggie May” by Rod Stewart from the album Every Picture Tells A Story (1971).

Drum Sheet Music for “Maggie May” by Rod Stewart

“Maggie May” was a last-minute addition to the Every Picture Tells A Story album. On the other side of the 45, “Reason to Believe” was originally listed as the ‘A’ side. Later, as “Maggie May” rose in the charts, they changed “Maggie May” to the official ‘A’ side. Six weeks from its release, the song hit #1 in the charts.

It is believed that Micky Waller broke his bass pedal during recording and had to use a drum stick to hit the bass instead, which would have been recorded separately. When listening to the recording, this does sound to be true.

Listen To “Maggie May”