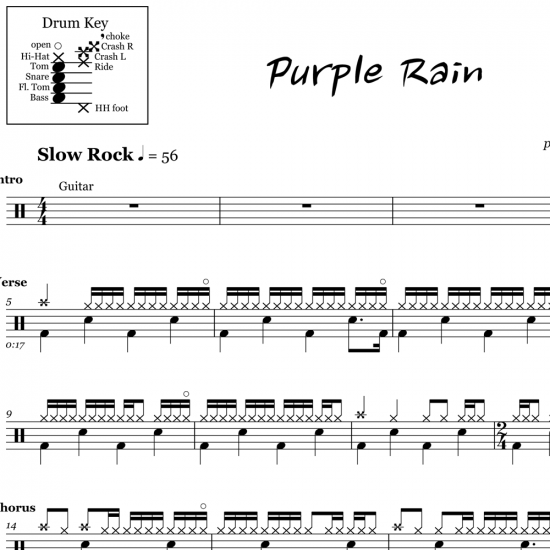 The full drum sheet music for “Purple Rain” by Prince from the album Purple Rain (1984).

“Purple Rain” was recorded during a benefit concert in Minneapolis on August 3, 1983. It has become one of Prince’s most enduring songs. Rolling Stone magazine ranked it number 143 on their list of The 500 Greatest Songs of All Time. Q (magazine) placed it at number 40 in its list of the 100 Greatest Guitar Tracks, and Pitchfork Media named it the best song of the 1980s.

The song starts out simple and sparse. Bobby Z’s drumming becomes more involved as the song gradually builds to the climatic guitar solo.

NOTE: This transcription is of the full-length version (8min, 41sec) of the song from the Purple Rain album.