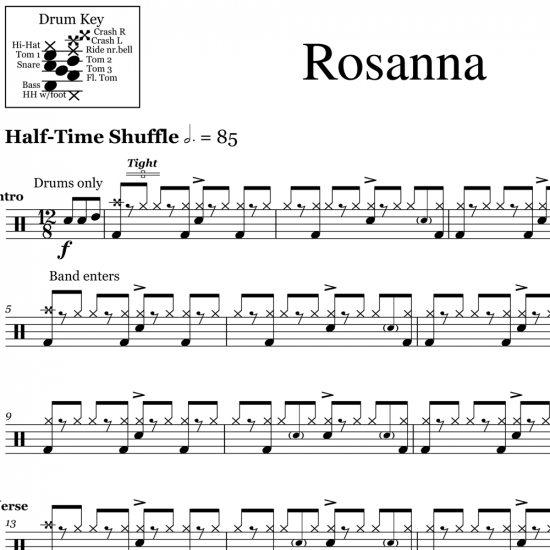 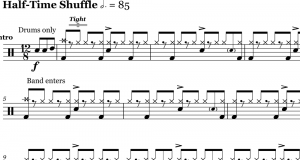 The full drum sheet music for “Rosanna” by Toto from the album Toto IV (1982).

Nominated for the Song of the Year Award in 1983, “Rosanna” peaked at #2 on the Billboard Hot 100 and remained at the top of the charts for five weeks. Jeff Porcaro’s drumming on “Rosanna” quickly grew to icon-status and endures as one of the most treasured legacies of 80s rock drumming. In “drummer-speak,” the main drum beat is referred to as the “Porcaro Shuffle.” Painting ghost-stroke touches on the snare between the shuffle of broken triplets on the hi-hat — all the while jabbing tight on the bass — Porcaro captures the tune with this very serious example of “big boy” drumming. Download and print the note-for-note drum transcription for “Rosanna,” and play one of the most famous drum parts of all time.