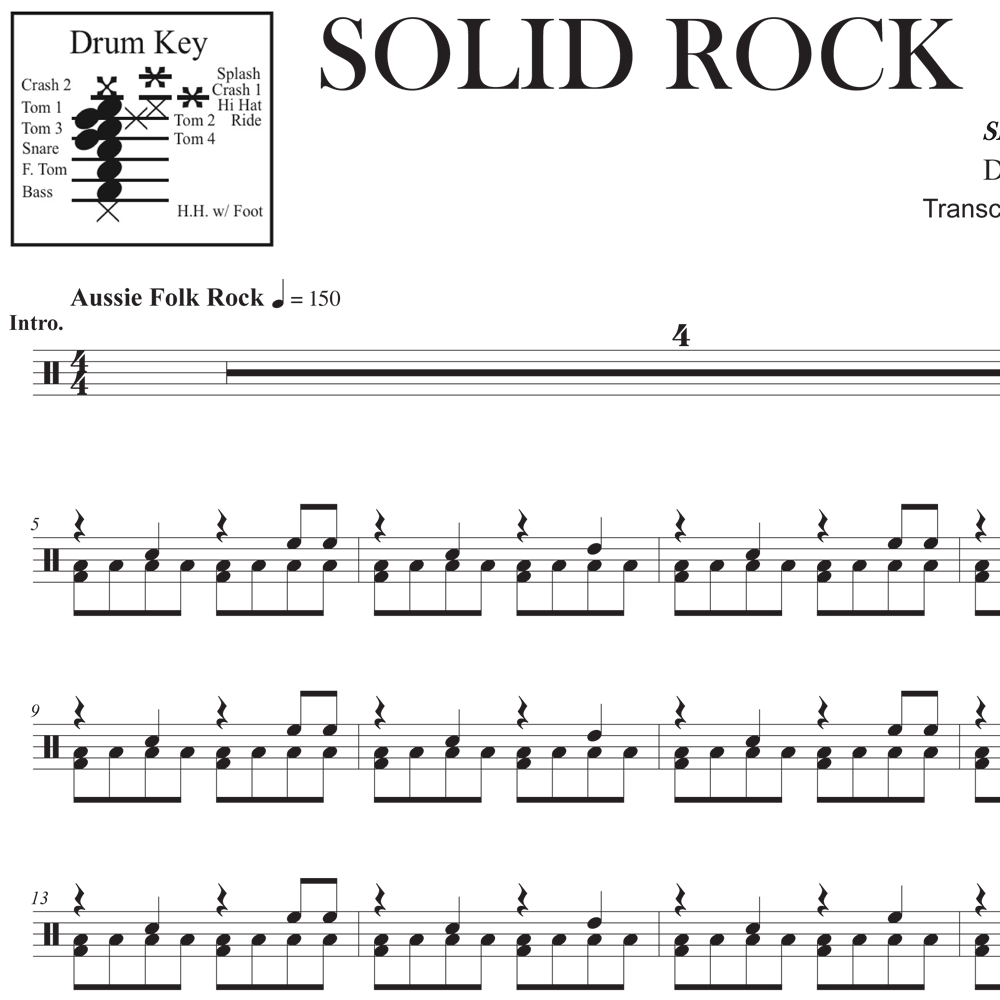 The full drum sheet music for “Solid Rock” by Goanna from the album Spirit of Place (1982). 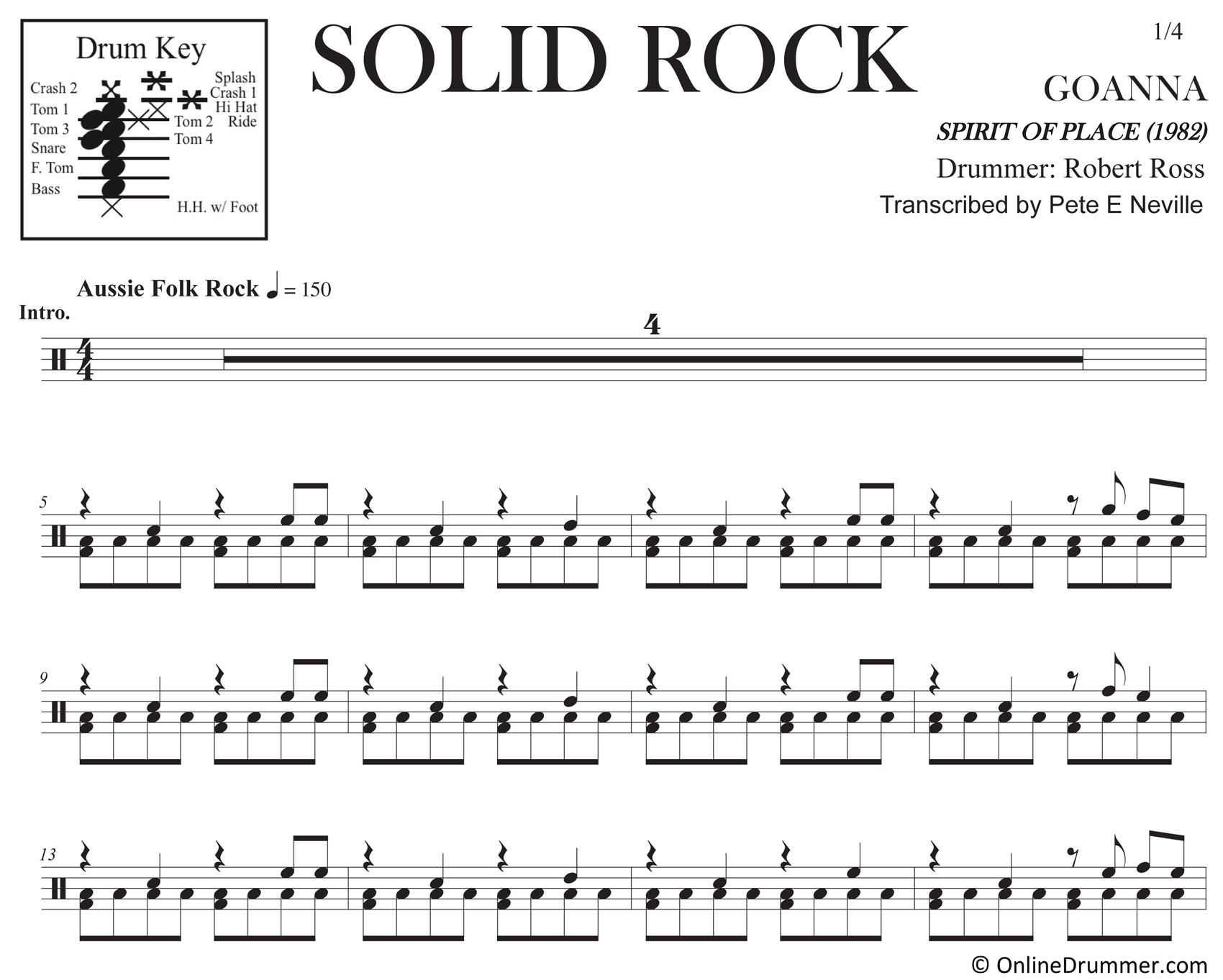 Coming out of the Aussie Pub Rock era of the early 80s, Goanna’s “Solid Rock” made #2 on the Australian charts and had an impact internationally, as well, reaching #71 on the US Billboard Hot 100. Goanna were alternative folk-rockers who made popular protest music alongside the likes of Midnight Oil and were featured as part of the global Live Aid concerts in 1985. Songwriter, Shane Howard, was inspired by Uluru on a camping trip to the center of Australia and wrote, “a song that was meant to inspire Australians to look deeper into the historical racism and injustices suffered by Aboriginal Australia at the hands of the Settler Culture since 1788.”*

“Solid Rock” has a solid 8th note pulse played on the floor tom, with drummer Robert Ross adding a snare and tom pattern reminiscent of a classic conga groove. Ross’ tom setup includes two additional higher toms, but those strokes can be moved to play on a standard five-piece drum set. This drum part is a level 2 in difficulty with an interesting instrumental section that features some tasteful splash, ride and crash cymbal effects. Get the note-for-note transcription for “Solid Rock,” and learn to play a classic 80s Oz Rock favorite.