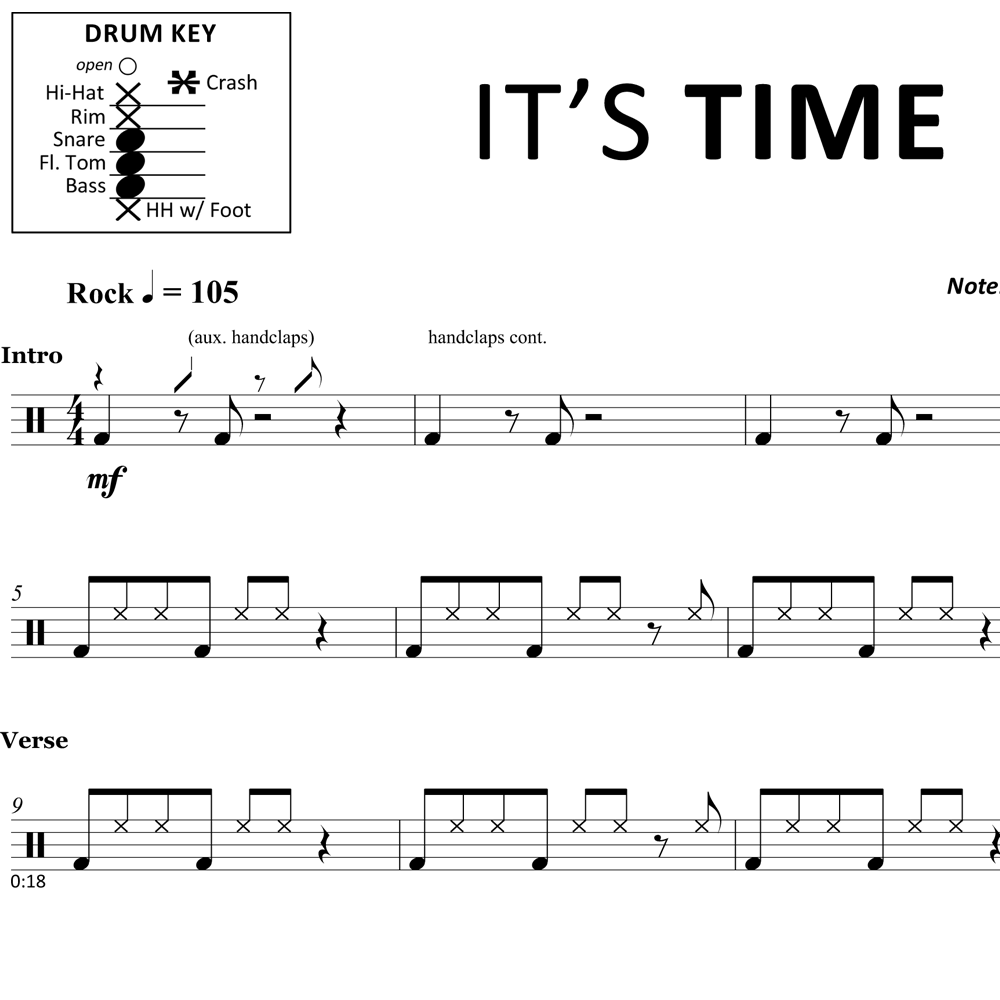 The full drum sheet music for “It’s Time” by Imagine Dragons from the album Night Visions (2012). 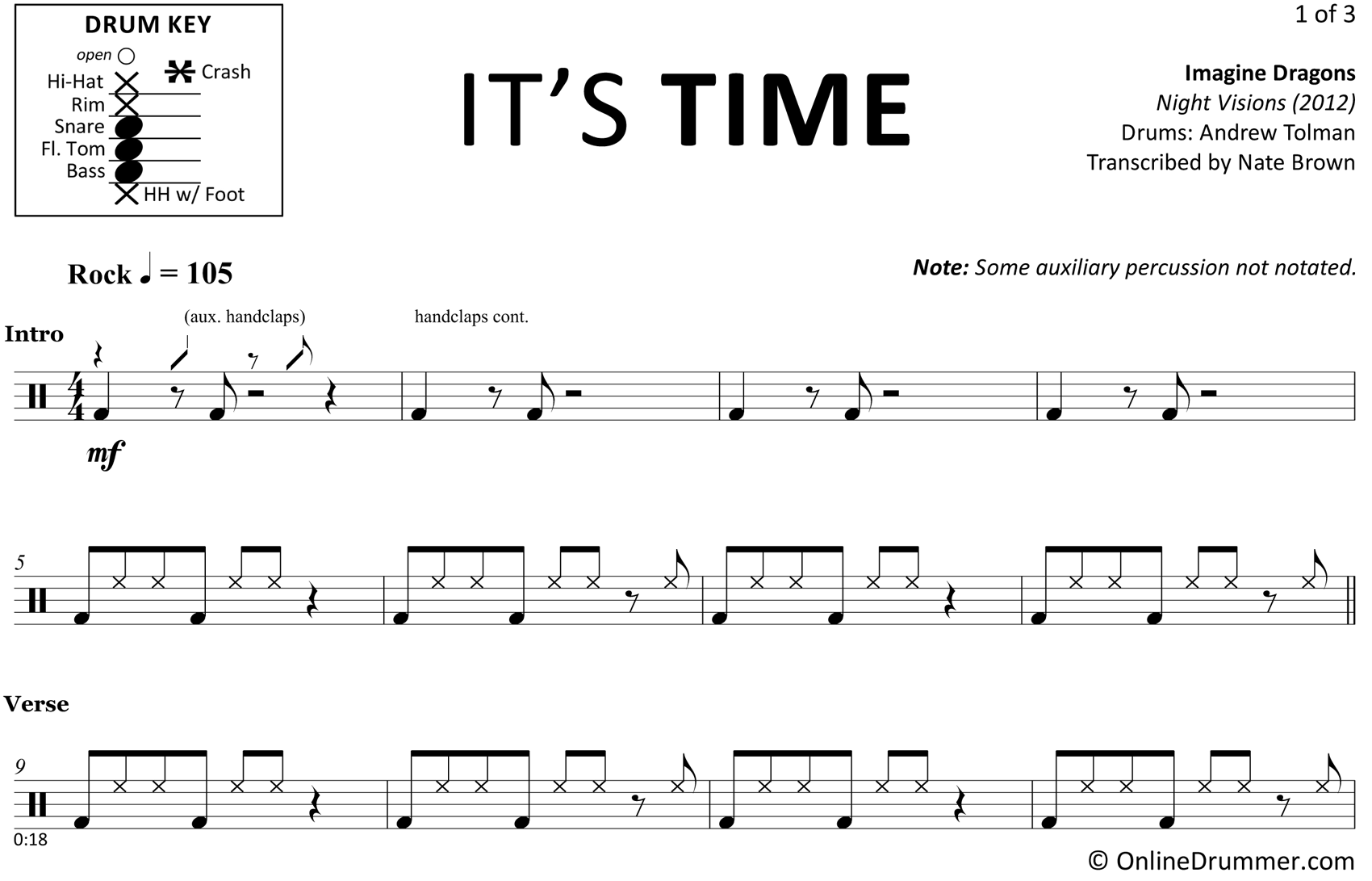 “It’s Time” is Imagine Dragons’ first Top 40 single, peaking at #15 on the Billboard Hot 100 and earning a nomination for Best Rock Video in the 2012 MTV Awards. Performing on the track is drummer, Andrew Tolman. Shortly after, Tolman left the group and was replaced by Daniel Platzman. Tolman plays a series of linear-style beats throughout the song, with overdubbed, auxiliary percussion ‘clap-tracks’ backing him up. Bringing on the tom-rock grooves, the chorus drum parts raise the dynamics and provide a driving foundation with four-on-the-floor bass drum. This is an all-around fun song to play with a welcomed breakout from traditional rock drumming. Download and print the drum transcription for “It’s Time” today, and play this first Top 40 hit by Imagine Dragons.